If there’s one thing that’s nearly as much fun as making frames then it’s making tools.

Frame number two was a mountain bike frame for my son which we decided to make disk only. That meant needing a disk mount jig.

I had a look at the one available from Nova Cycles ($125) and thought it looked easy enough to recreate something similar.

One lump of aluminium and something to act as an axle. How hard could it be?

I have to confess this also met an excuse I needed to buy a milling machine. I “needed” a pillar drill for drilling accurate holes and the ability to slice up aluminium seemed too good to miss. Thankfully Warco came to the rescue.

It was easy enough make up a template from an existing frame which had an ISO mount on it and then transfer that to aluminium. 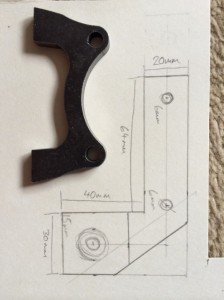 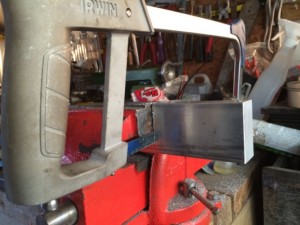 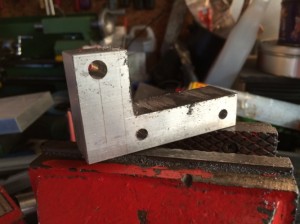 After a trial fit the trick was removing enough metal to leave it rigid enough and be able to braze around it. This could certainly have some more meat removed and be plenty stuff enough but this worked pretty well for the first couple of goes. 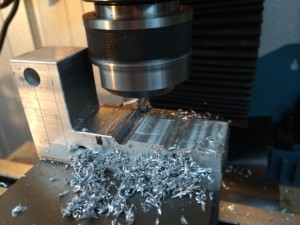 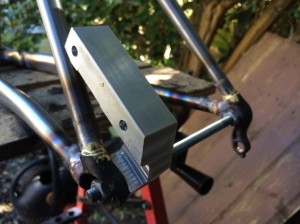 I used it to get enough brass on so the mount was solid before removing the jig to finish it off. 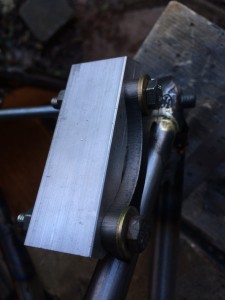 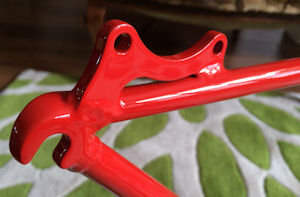