I’ve been lucky enough to ride in some great places with some great people. These are some of them.

One of my favourite places on the planet. Ares in Galicia. The local trail runs up the beach, which is usually deserted and just beautiful. 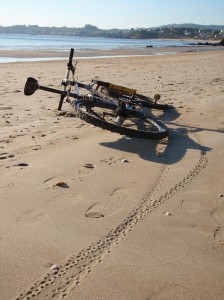 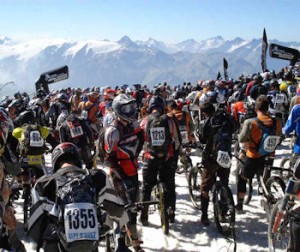 Something everyone should do at least once. Mega Avalanche. More technical cross country than downhill race but over an hour of downhill from snowy peak to valley floor was the nuts. The qualifying race and a few days poncing about on the lifts wasn’t bad either.

South Downs Way in a day with Mark. Seemed like a bloomin long way at the time. Thankfully it was a cracker of a day. 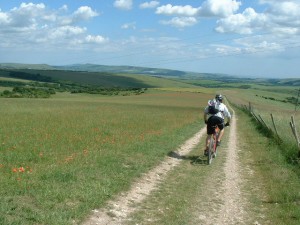 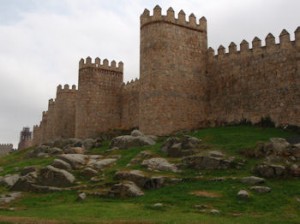 I’d wanted to go to Avila after seeing it on the Vuelta – stunning castle walls round the town. Wild camped in the mountains on the first night which was the business. Nearly got washed away by more biblical Spanish rain. Spent half the morning drying out in a Spanish bar warming up on strong coffee. 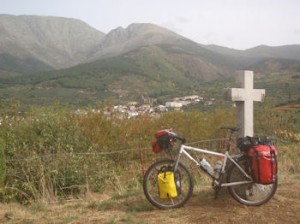 Stunning castle in Segovia and cathedral in Salamanca which is one of the most beautiful cities i’ve ever been to. I rode down from Avila to Merida camping and occasionally meeting up with my dad as he played golf. It was great he could take the bike back in the car whilst I flew back. Long sunny roads down to Merida. 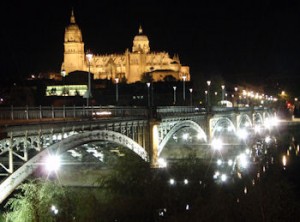 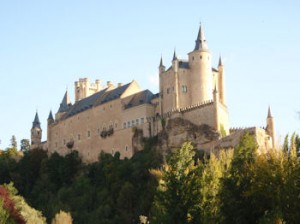 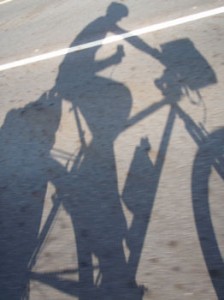 Touring in Northern Spain on route from La Coruna to Santader. Scott and I flew out to La Coruna, dumped the bike boxes at the airport and came back on the ferry after a wicked week of beaches, mountains and some pretty good, cheap Spanish wine and cider. 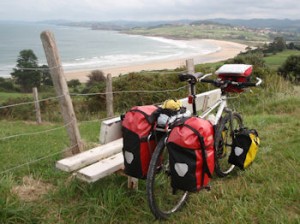 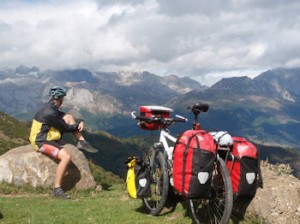 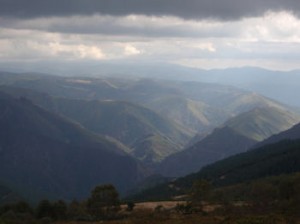 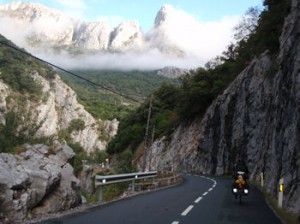 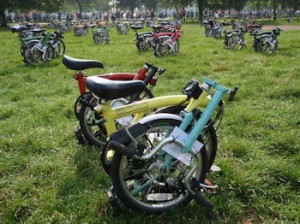 I’ll generally take the opportunity to ride anything anywhere (well bikes anyway). We got the chance to ride round the field they grow Bromptons in nearing harvest. This was the Brommy Worlds Champs with Rich and Sean. 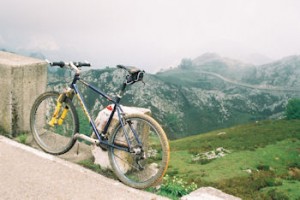 Ever since reading Miguel Indurain biography i’d wanted to go to Covadonga in the Picos De Europa in northern Spain. If it made him lkose the Vuelta then it has to pretty whopping. Pretty glad I took the mountain bike, especially for the way down. 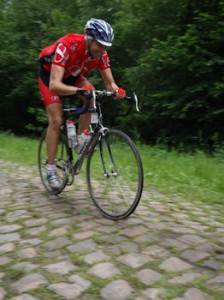 Occasionally find the desire to use skinny tyres, unfortunately in completely unsuitable places. This was Gary getting pummelled in the Forest of Arenburg on the Paris Roubais Sportive. Thankfully is was mainly dry that year. I couldn’t pick up a pencil for a week after that. Truly awesome to ride those roads though. Battering but awesome. 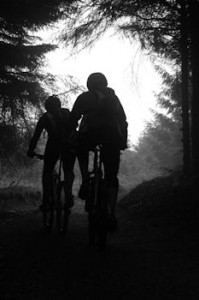 When the Scottish trail centres opened up they seemed to good to miss. This is Spooky wood at Glentress which was a hoot. Me Pete and Mark spent a few days trying out the best of Mabie, Dalbeatie and Glentress. Top few days away.

They said 24 Hour Race in southern Spain in the spring. We thought of lovely spring training in the sunshine. We got biblical rain for 48 hours non stop. Funnily enough me and Scott were the only single speeds in the Spanish mountains that weekend. Rob Lee drinking in the rain with the Extreme team. 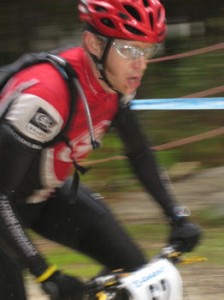 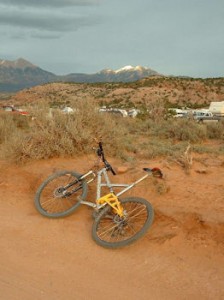 Having got hooked on 24 hour racing we had to go to Moab. This was the third year we went and probably the best trip. Racing camping and road trip to ride in Fruita and Crested Butte being the highlights. One of the best weeks of my life. 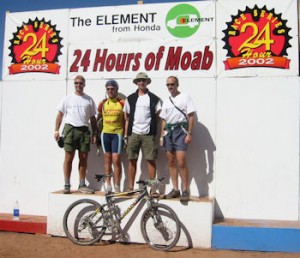 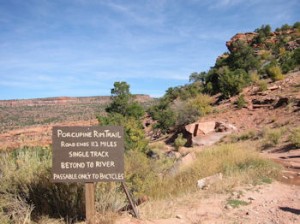 Procupine Rim lived up to the hype. The ride up there was hot and wind rippled sand was something to forget on a flite saddle. The view from the top and the way down was the puppies. 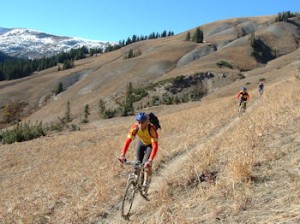 We’d wanted to go to Crested Butte since having read articles on 401 and 404 trails. Flying out of Denver means it’s almost on the route home. Two hour climbs followed by the sweetest single track descents. We found we were there the last week before the hunting season started – best to wear garish race kit then! 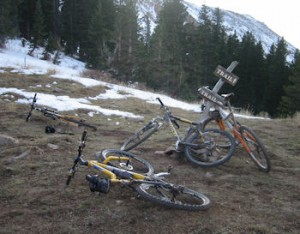 The top of Burro Pass in the La Sal mountains in Moab. Surprising how quickly it gets dark out there when the trail is covered in ice and you break your bike in a rather ambitious river crossing. Lead to a comedy trip back with a camera LED screen as our only light. It was funny in the bar afterwards! 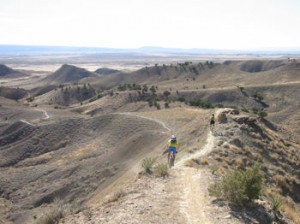 Joe’s Ridge in Fruita. I’d seen a picture in Singletrack magazine so had to go. Again, conveniently placed on the route back to Denver airport.

Hardest race of my life, pairing the SITS 24 hours with best mate Sean on singlespeeds. 4th overall was almost worth it! 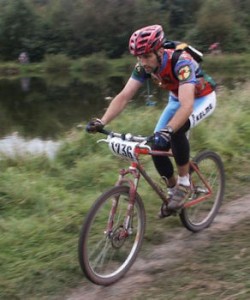 Good Times a with good friends on the Kona 100. It was bogging that year. 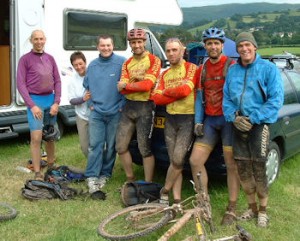 One of the early Red Bull Mountain Mayhems at Sandwell Valley Park, before the days of LEDs lights, flat bars, green Michelins, enough Red Bull to float a dozen insomniacs and the best Mayhem course of them all. 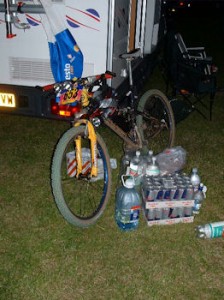 One of the nicest things about building bikes, is it’s a great excuse to go out riding them with friends. 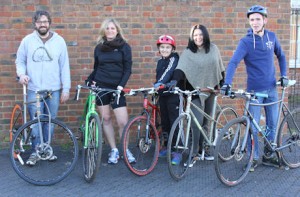