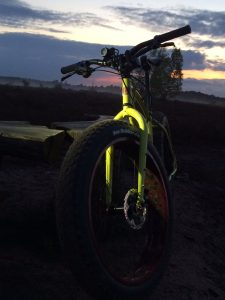 One of the nice things about making bespoke bikes is can choose the geometry. I decided to go fairly aggressive head angle (for a fat bike) as the last thing I wanted was a barge. It’s steeper than anything else I saw in the market so although it keeps your attention on the descents it’s pretty awesome fun on twisty single track. Trying out a shorter stem, in spite of my natural xc tendencies also seems to help the fun! 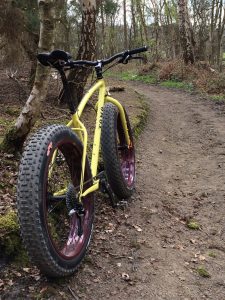 The weather was far from snowy but first test ride on my fatty completed. Great over dry sand and pretty darn good fun over anything else. It seems to need a different amount of body movement to turn it at speed but tramped along on the road and flat pretty well. Need to experiment with tyre pressures and some bigger terrain next. Bring it on! 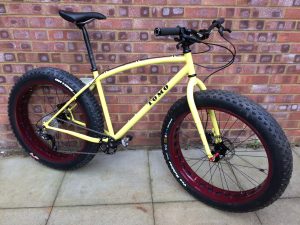 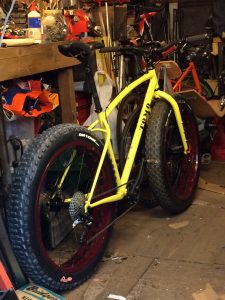 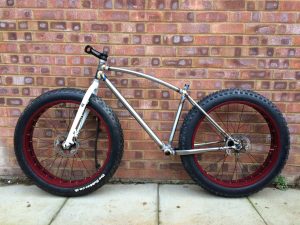 I’ve been using the Christmas break to progress my Fat Bike. I had been collecting the parts for a while but was convinced to build it by having a go on a friends. Really want to finish before it snows or maybe before the sun comes out and go to the beach. Mix of Columbus and Deda tubing with Ritchey dropouts. 4 inch tyres fit ok with some room to spare. Will have to wait and see if 4.8s will squeeze in.